President Donald Trump tweeted Tuesday morning that the terrorist who would have replaced the now-deceased Abu Bakr al-Baghdadi as the leader of ISIS has also been killed by U.S. forces. “Most likely would have taken the top spot — Now he is also Dead!” Trump wrote. Al-Baghdadi was killed over the weekend in a raid conducted by […]

President Donald Trump on Thursday thanked House Republicans “for being tough” in the face of the ongoing impeachment inquiry one day after a few dozen GOP lawmakers stormed a secure hearing room in the U.S. Capitol in protest. “Thank you to House Republicans for being tough, smart, and understanding in detail the greatest Witch Hunt in American History,” […]

July 2019
Sarah Sanders: Democrats Should ‘Quit Lying and Do Their Jobs’ 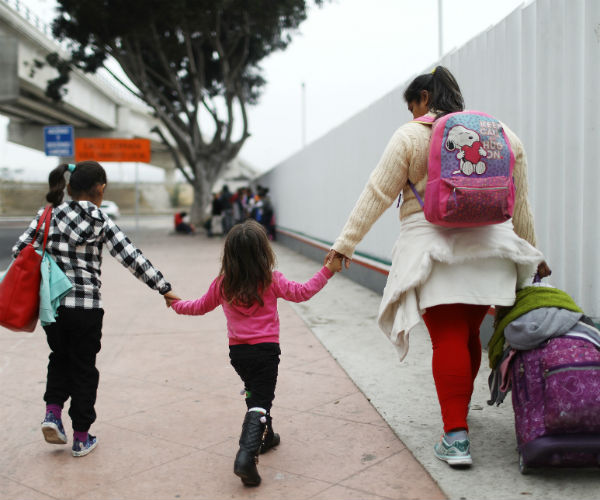 (Getty Images) U.S. Customs and Border Protection apprehended 104,000 people crossing the southwestern border last month, the Department of Homeland Security announced Tuesday. That number is a substantial decline from May, when CBP reported apprehending over 144,000, predominantly families and unaccompanied children. According to DHS, “[t]he reduction in apprehensions accounts for decreases across all demographics, including unaccompanied […]