As the smoke clears following President Donald Trump’s reelection, revealing the shattered ruins of the Democrats’ hopes and dreams of implementing their own Lil’ Venezuela in the Land of the Free, all the smart blue check Twitter people will be rubbing their heads — sissy drinks make for the worst hangovers — and explaining, “Well, of […] 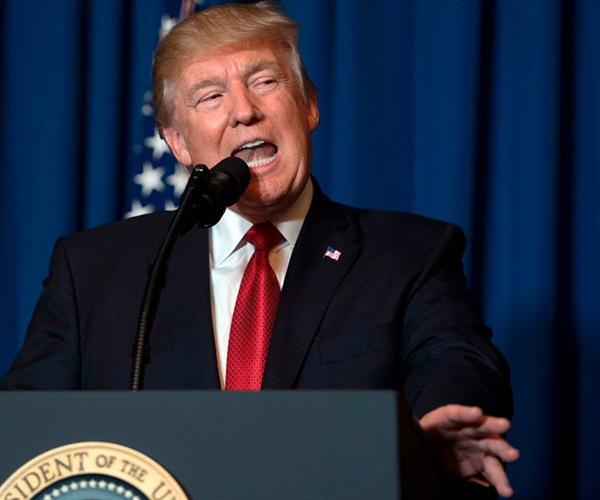 (JIM WATSON/AFP/Getty Images) President Donald Trump on Tuesday blasted New York, claiming “people are fleeing” the state while saying they should “move quickly to Texas” and Florida. “People are fleeing New York like never before. If they own a business, they are twice as likely to flee. And if they are a victim of harassment by […]

Democrats running for president in 2020 say the rapid job growth and low unemployment under President Donald Trump isn’t enough, and say America needs to strive for a “moral” economy. Their calls seem to reflect a consensus among Democrats on how to attack what many agree is a healthy economy that’s creating jobs under Trump, and […]

Anyone out there remember details from the infamous, anonymous New York Times op-ed? Anyone? It was just one in a long line of intense, coordinated, strategic attacks on President Trump and his administration which arrive like clockwork daily, and every other word is “chaos.” Endless attacks are not without risk, though. They can backfire. They are short-lived. They […]